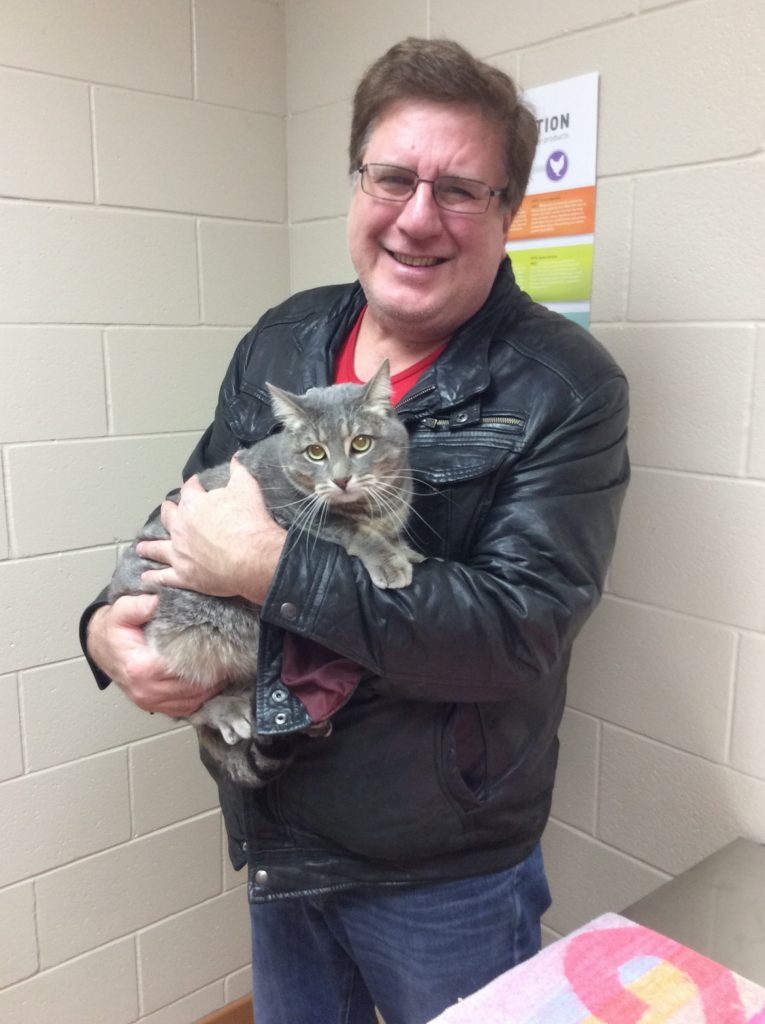 This is our very first blog entry, and it is centered around a very special guy – a two year old grey tabby cat named Herbie. This story is one that highlights the bond between and pet and owner, as well as the great outcomes possible when the owner, the Veterinarian, the Veterinary team and of course the patient are committed to a long-term goal, all work together and refuse to give up!

Herbie first came to us in July of 2014 after he mysteriously injured his tail while outside on an adventure – his dad thinks a small nearby construction project may have played a role. When he first presented, there was a deep scabbed over wound on the top of his tail, that was quite painful and infected. At first, despite bandages and antibiotics, the wound was growing to encompass the whole circumference of his tail. Eventually, with multiple wound treatments, pain medications, antibiotics and bandage changes, the wound seemed to be healing somewhat, but after a certain point it just stopped healing – leaving an open wound that would surely get infected again. On the bright side, he still had feeling in his tail, and a healthy bed of viable tissue.

Knowing that we needed to act quickly in order to save Herbie’s tail, Dr. Dudley consulted with a board-certified surgeon at the Ontario Veterinary College in Guelph, and together they devised a plan to help Herbie grow new healthy skin, despite the tricky location for a wound! Because of the shape of the tail, the newly formed skin simply had nothing to “grasp” onto as it tried to continue healing – so Herbie required multiple skin grafts, taken from the side of his chest and placed into pre-sized holes in the fresh tissue on his tail – think of it like a hair transplant on a person! During the fall and into the winter of 2014, Dr. Dudley performed 2 surgeries on Herbie’s tail, with multiple wound treatments and bandages in between and afterward as the tail continued to heal.

Finally, in January of 2015, Herbie’s tail was completely covered with new, albiet fragile, skin and we could consider him healed! That was an exciting day in the clinic, as well as for Herbie’s extremely dedicated and loving owner, and probably for Herbie as well – as much as we loved seeing him so frequently, we are pretty sure he was getting sick of us! Herbie has since been updated on his vaccines, given a clean bill of health and is back to his old life. He recently popped into the hospital to say “hi” and we are happy to report that all of the hair has grown in on his tail, and that he is a little more leery of outside dangers now. 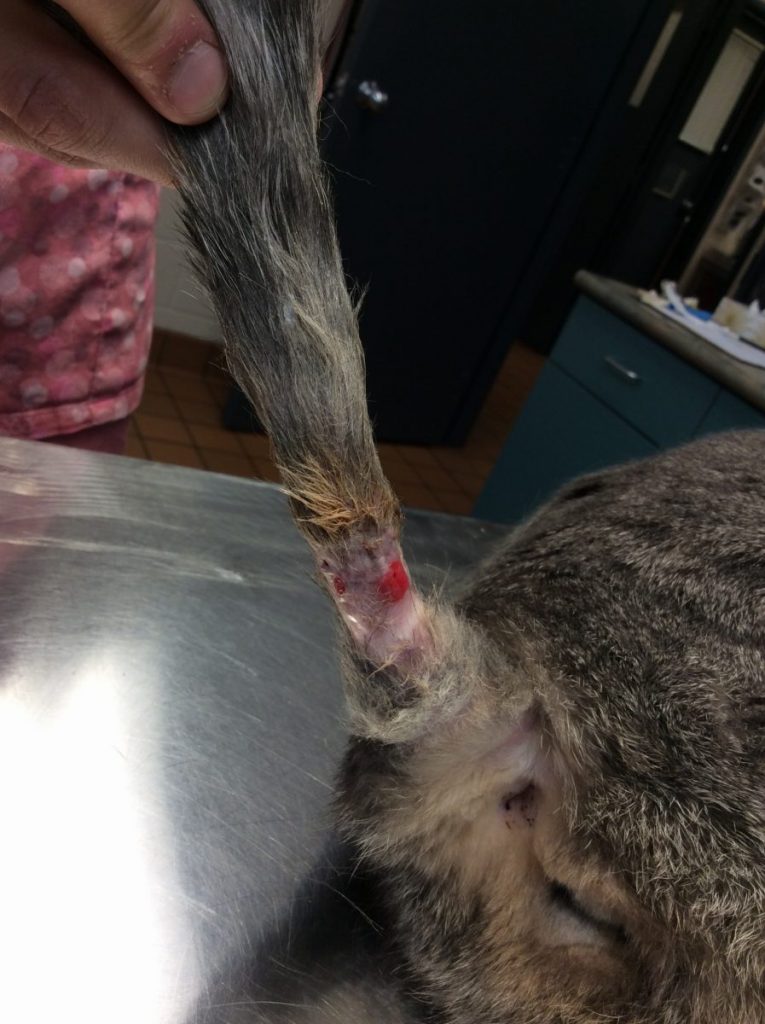 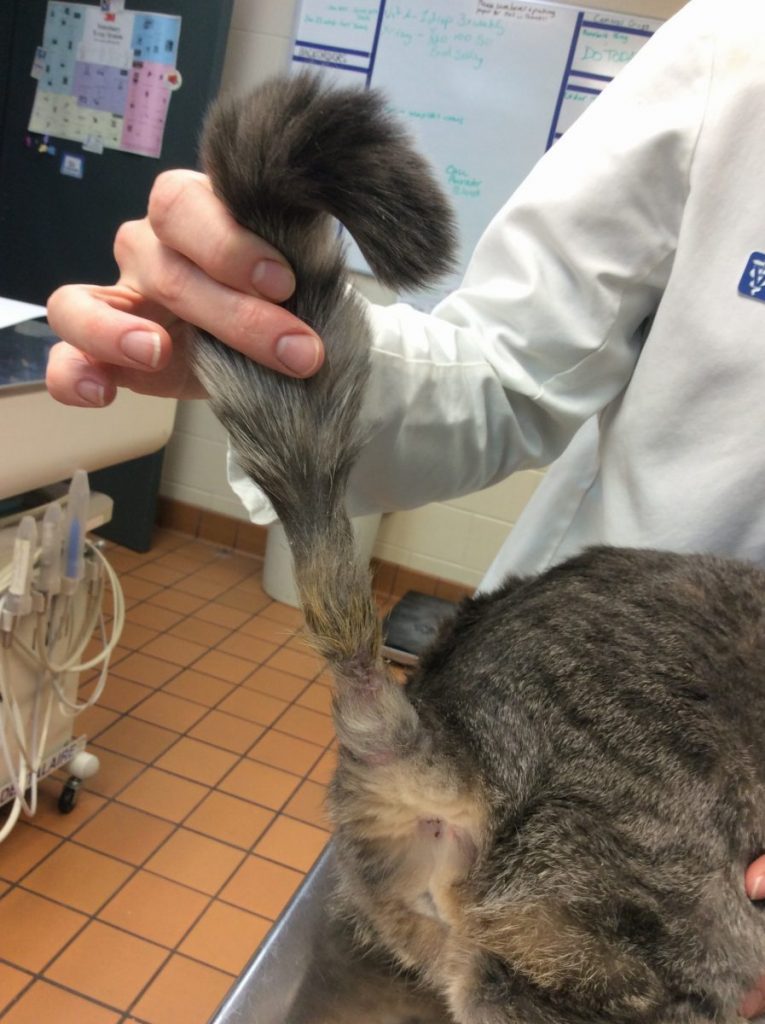 With recent changes to restrictions on businesses, have made some important updates to our operating policies.

1. WE CAN NOW SEE ALL CASES BY APPOINTMENT ONLY

2. SAFETY MEASURES TO KEEP EVERYONE SAFE

If you wish to connect with a veterinarian via message, phone or video, visit our website and follow the "Online Consultation" link.

Have you welcomed a new furry family member to your home? We’d love to meet them! Visit our Must Know New Pet Owner Information page for useful resources and helpful recommendations for new pet owners.

We are OPEN with the following hours:

Thank you for your patience and understanding and we look forward to seeing you and your furry family members again!